EPIDEMIOLOGICAL CHARACTERISTICS OF LEPTOSPIROSIS IN VOJVODINA, SERBIA, 2009-2018, FROM THE ASPECT OF ONE HEALTH 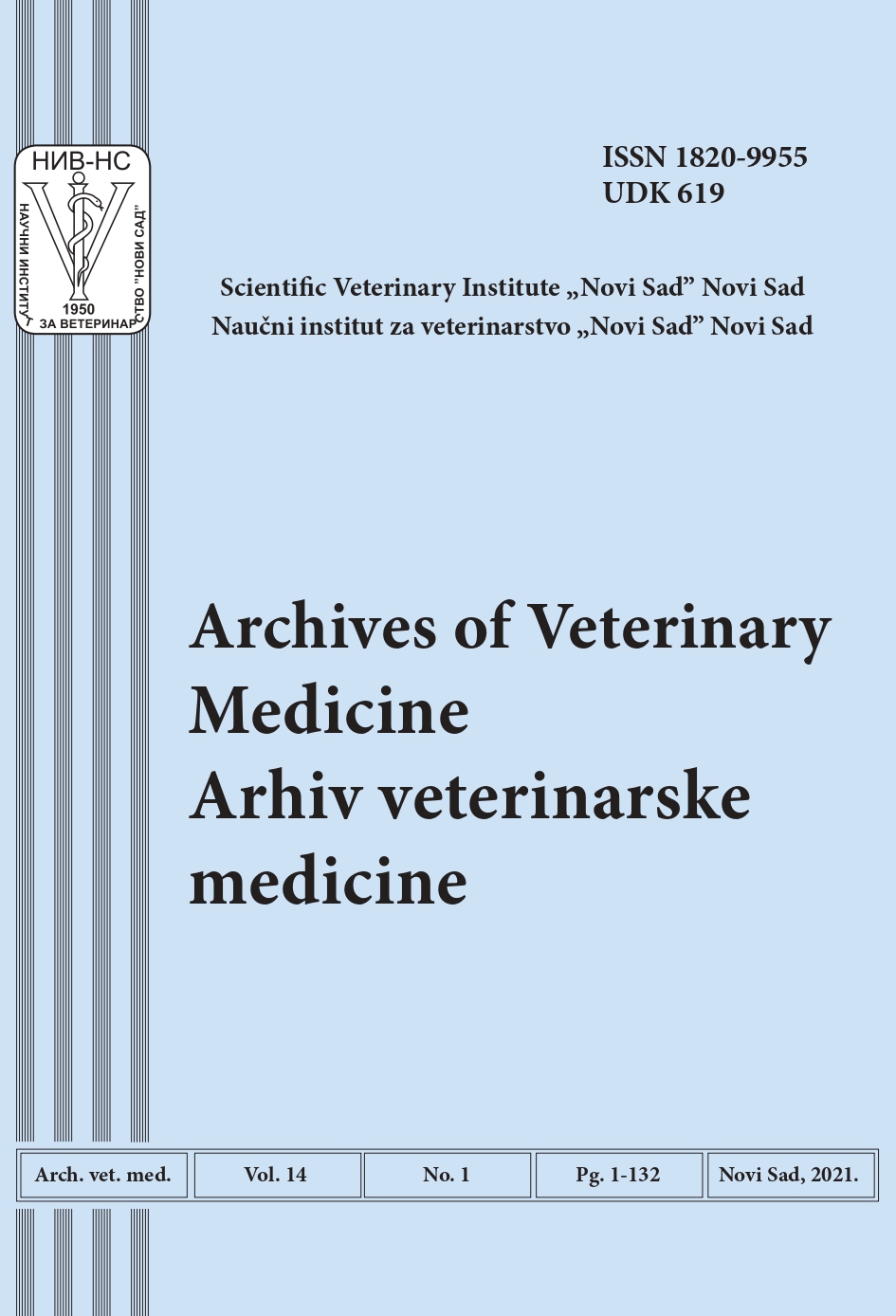 This study attempts to summarize epidemiological characteristics of human leptospirosis and to determine the seroprevalence of this disease among domestic animals in the Autonomous Province of Vojvodina, for the period 2009-2018. Chronological, demographic and topographic characteristics of human cases were analyzed. Pearson's correlation was used to explore correlations between different meteorological factors and trends in time-series of human cases. Overall 87 human cases of leptospirosis and five subsequent deaths (CFR: 5.75%) were recorded in the ten-year period. The average annual incidence rate was 0.45/100,000 (range: 0.16-1.50/100,000). The disease was more prevalent in males (M/F=16.40:1), with the majority of cases reported in August (N=23; 26.44%), September (N=20; 23.00%) and October (N=15; 17,24%). A statistically significant weak positive correlation was observed between the mean monthly air temperature and the number of human cases of leptospirosis of the same month (r=0.30, p<0.01) and a statistically significant weak positive correlation was found between the number of human cases and the sum of precipitation in the previous month (r=0.27, p<0.01). The average annual seroprevalence among domestic animals in total was 1.13% (range: 0.23% -3.65%).  Seropositivity of tested samples of cats, dogs, cattle, donkeys, horses, sheep, pigs and goats was 25%, 9.50%, 8.55%, 6.25%, 1.59%, 0.25%, 0.18%, 0.00, respectively. Human and animal leptospirosis continuously occurs in Vojvodina, which implies the need for continuous and quality monitoring of the epidemiological and epizootiological situation of this disease.  Further, more comprehensive parallel studies in humans and animals are needed, as well as additional studies of living conditions of animals on farms with leptospirosis and the studies that will determine the strength of association between climatic/ environmental factors and leptospirosis in Vojvodina.