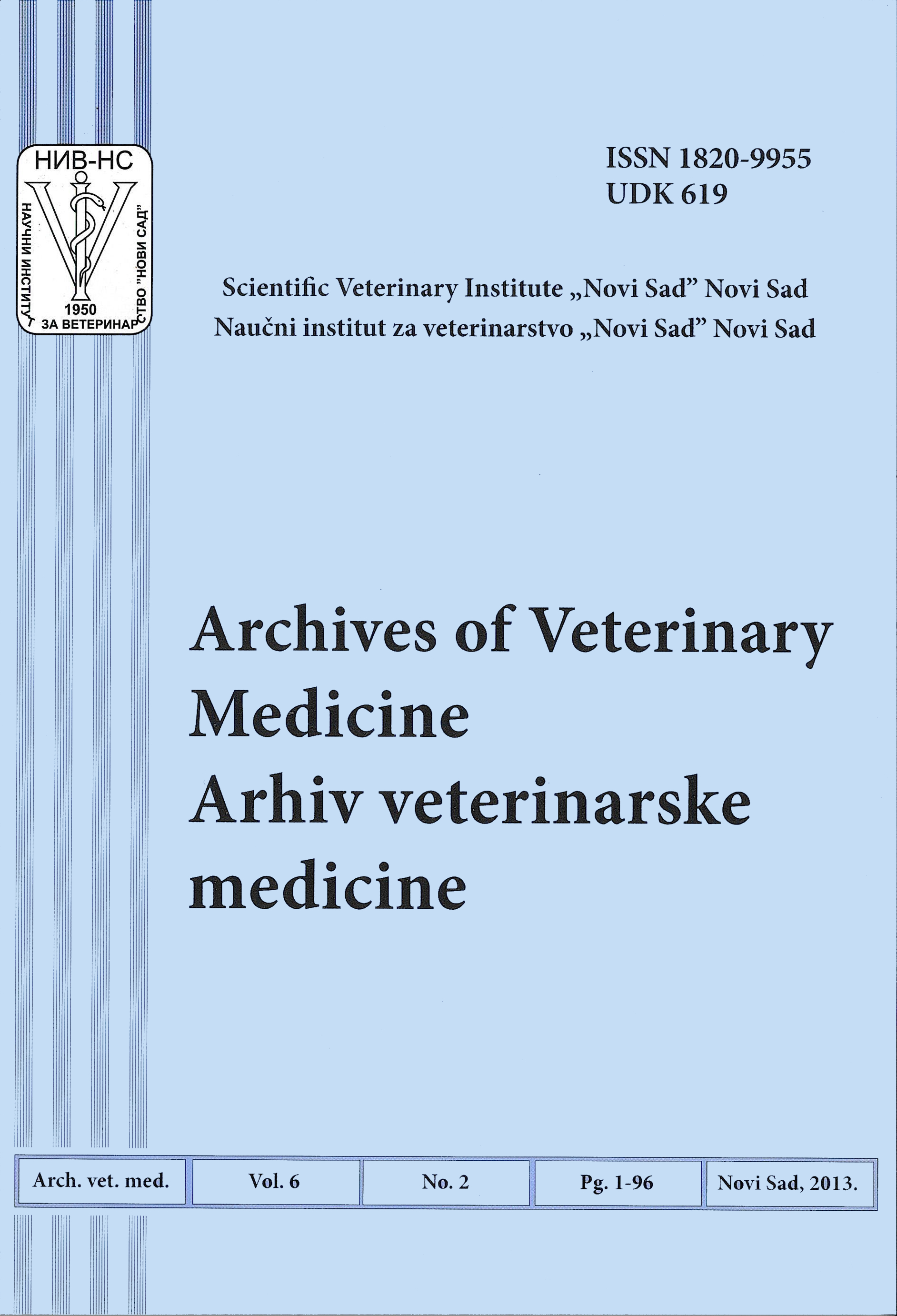 The paper presents the results of the study on equine viral arteritis presence in five horse stables in the territory of Vojvodina. The research encompassed analysis of clinical manifestation of the disease and seroconversion to equine viral arteritis throughout a two-year period (2012 and 2013). Analysis of clinical manifestations of the disease was performed according to the anamnestic data obtained from staff veterinarians on the stud farms. Prevalence of equine viral arteritis was determined by testing 204 blood serum samples from 102 horses. Sera samples were collected twice at oneyear interval, i.e. in 2012 and 2013, and examined by virus neutralization test. Seropositive results as well as seroconversion were obtained on one of the five investigated horse stables. At the stable with seropositive animals, 27 horses were serologically tested at one-year interval. Out of the total of 27 animals, antibody positive sera were obtained in 16 and 17 horses in 2012 and 2013, respectively. Antibody titre values ranged from 1 to 10 log2, with average values of 3.11 and 3.15 log2 in 2012 and 2013, respectively.