THE EPIZOOTIOLOGICAL IMPORTANCE OF SALMONELLA SPP. ISOLATED IN VARIOUS ASPECTS OF POULTRY PRODUCTION IN THE SOUTHERN BAČKA AND SREM REGION 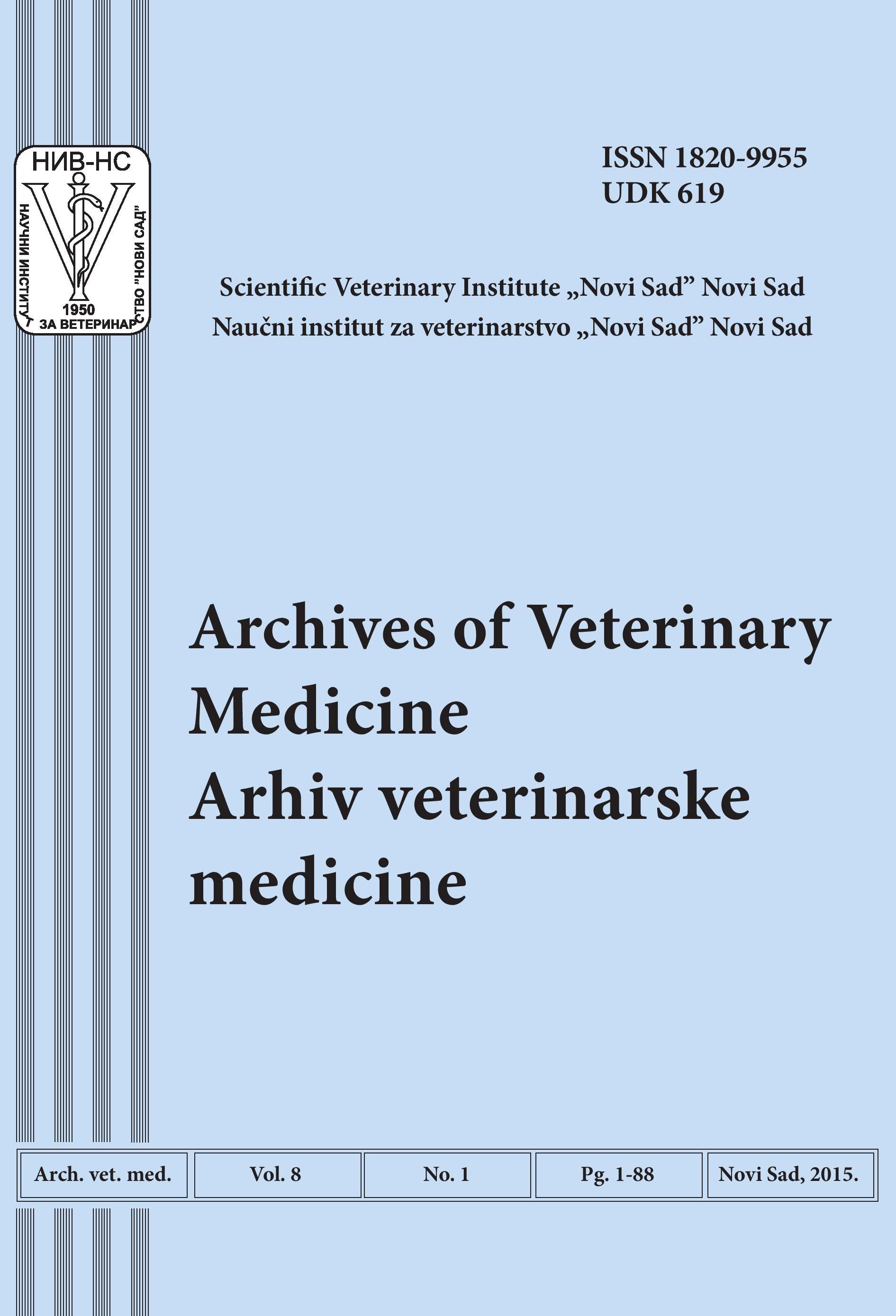 Salmonella causes local and systemic infections of poultry, which may lead to substantial direct and indirect economic losses, presenting also signifi
cant risk to human health. Th e aim of this study was to monitor the occurrence of certain serotypes of Salmonella spp. isolated on poultry farms
in Southern Bačka and Srem regions in the period from 2010 to 2014, as recommended by the Book of rules of early detection, diagnostic, prevention of spreading and eradication of Salmonella spp. We analyzed the results obtained from the laboratory for clinical bacteriology to determine number of salmonella cases. From all samples that have been submitted for bacteriology analysis, salmonellas were isolated from 7.3% samples. Salmonella infantis was isolated from 50.3% of all salmonella-positive samples, mostly from materials supplied from broiler farms. Salmonella enteritidis was most frequently isolated in broiler chickens at the rate of 48.2%. Th ere is an increasing trend in the occurrence of Salmonella enteritidis and Salmonella infantis on poultry farms from year to year. Our research revealed the highest incidence of salmonella isolates in broilers that died during transportation or within the fi rst three days upon arrival of chickens. During the five-year research period, 65 samples from parent fl ocks (63 from broiler breeders and 2 from parent fl ocks of layers) were salmonella positive, which makes 8.03% of all positive isolates. It is most likely that salmonella infection occurs due to infection of parent flocks and young chickens are infected trough both vertical and horizontal transmission.