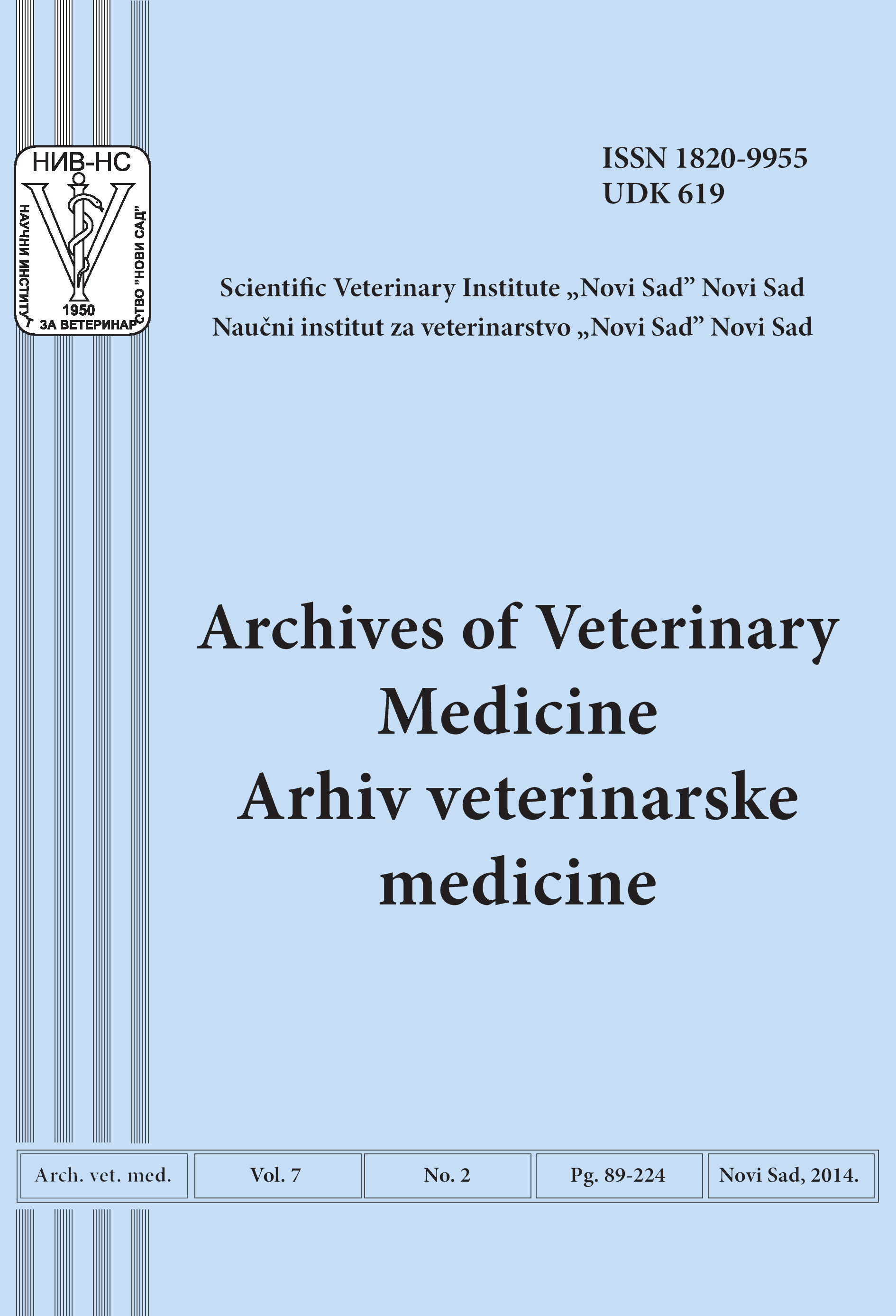 Serological and virological examination of the presence of human and animal infection caused by West Nile Virus (WNV) as well as the presence of the virus in vectors, which has been conducted during the past few years, confi rmed an active virus circulation in the territory of the Republic of Serbia. Based on the obtained results and anticipated intense circulation of WNV, which poses substantial risks for both public and animal health in Serbia, and having in mind its crucial role in the protection of public health, Veterinary Directorate of the Ministry of Agriculture and Environmental Protection infront the Veterinary Service launched and funded the national WNV monitoring program starting from April 2014. The Program encompassed the entire territory of the Republic of Serbia and was conducted by scientific and specialized veterinary institutes and fi eld veterinary service in close collaboration with qualifi ed entomologists and ornithologists. The principal objective of the monitoring – surveillance program is early detection of WNV in monitored regions, timely reporting of the virus presence and activation of human health service institutions and local authorities aimed at establishing the control measures - eradication of mosquitoes, informing the local community and taking all relevant preventive measures for human health protection. Th e surveillance program of the WNV occurrence and spread is based on direct and indirect surveillance of WNV in natural environment. Indirect surveillance encompasses serological testing of seronegative sentinel horses and poultry for the presence of WNV infection, and it is performing continuously and periodically during the most intensive mosquito activity (May – September). The number of sentinel animals that should be tested was defi ned at the district level, according to the rate of anticipated risk of WNV infection. Direct surveillance was performed through periodical and continuous testing of pooled mosquitoes samples collected at two-week intervals during peak mosquito season (May – September) and samples of wild birds (tissues of dead birds and throat swabs of captured live susceptible bird species). The number of samples was stipulated according to the anticipated risk rate in particular regions.